Your loved one may be in jail right now, and you want to know how to get him released. I’ll try to help you understand the what and how of getting him out of jail.

Getting Out of Jail After Being Arrested – Make Bail

The terms “bail” and “bond” are often used interchangeably, but they aren’t quite the same.

Bail is the means by which the accused can secure his release after being charged with a crime.  The right to bail is guaranteed to people who are NOT YET CONVICTED.

However, bail typically requires more money than people can pay.  Bonds make promises to pay instead of posting 100% of bail.

However, cash may be posted for the full amount of the bail.  If you have plenty of money, a cash bond is fast and will be returned after the case is finished, as long as the accused shows up to court. Typically, this money is returned only to the accused himself.

Cash May Be King, but Bail Bonds are More Common

A bond is basically a promise by the accused to appear for scheduled court dates until the case is finished.

To help post a bond, you may hire a “bail bondsman”. They are also known by the term “surety”.  You may compare this person to a co-signer for a bank loan.

In exchange for putting himself at risk to pay the larger amount, a bondsman commonly charges around 10%-20% of the total bail for the service.  If bail is set at $20,000, you may be required to pay a NON-REFUNDABLE $2,000-$4,000.  If the case is dismissed the next week, the money stays in the bondsman’s pocket.

Several factors affect the rate charged, such as how much risk there is the accused will not appear for court and how much competition the bail bond companies have.

It’s a Tough Choice, and Dollars are Limited

Families and friends of people in jail are frequently faced with a dilemma.  Paying for release of their loved one could mean they cannot afford to hire an attorney.  This is a serious problem with our system.

Making bail frequently impoverishes people and may only secure temporary release for the accused.  Bail is not supposed to be used to punish people, but it frequently does. 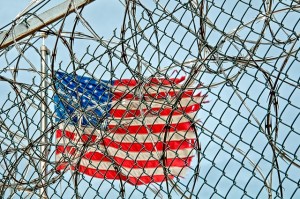 In Texas, attorneys are statutorily authorized to be sureties, as well, but only for their clients. (§ 1704.163 of the Occupations Code).  Expect attorneys to charge a fee for this service, too.  Lawyers are also able to file motions and/or apply for writs to ask a judge to lower bail.  You may want to use your limited funds to hire an attorney first.

You Want to Act Immediately, but Try to Be Smart, Too

This is likely a traumatic time for you and your loved one.  If you are not already clear on exactly what to do, please don’t be hasty.  Relying upon friends, family, and people employed within the “criminal justice” system isn’t the best choice.

I urge you to consult with a criminal defense attorney immediately.  It only makes sense to get advise from someone who has an incentive to help your loved one.